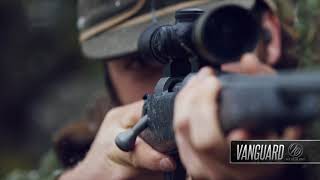 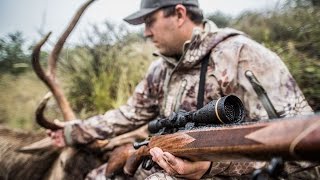 Rated 4.81 out of 5 based on 23 customer ratings
(23 customer reviews)
Join Waitlist We will inform you when the product arrives in stock. Please leave your valid email address below.

Must be 18 or older to purchase rifle ammunition. Shipping not available to P.O. Boxes, International Addresses, AK, CA, HI, MA, CT, IL, NY nor DC residents. Residents of DE, KS, OH, and WA may have additional restrictions. All ammunition is shipped domestic ground and an adult signature is required. We do not accept returns on ammunition.

Look at the topo map and decide where to take this rifle first: Deep into the backlands to pursue animals that few if any have ever seen – let alone got shots at. That’s the hard earned hunting that pays off big in the end, but it requires traveling light, which is what this rifle does best. Weighing in at just 6.75 pounds thanks to the hand-laid fiberglass stock and weight-shaved fluted 24” barrel. It’s finished with a gray spider-webbed gel coat on the stock, and tactical gray Cerakote® on the metal for protection against the toughest punishment the back country can dish out.

GALLERY OF GUNS CUSTOMIZE
Join Waitlist We will inform you when the product arrives in stock. Please leave your valid email address below.
0
Your Cart